This article has been further explained and amplified in the book “Q/A about Bitcoin: from the blockchain concept to the definition of the LNP/BP suite” available on Amazon.

When Satoshi created Bitcoin, he/she/they probably didn’t foresee such an organic evolution of the system; therefore unfortunately he/she/they has/have called the protocol in the same way as the asset traded on it.

So we have Bitcoin, intended as a protocol base layer, and bitcoin (in lower case) as a scarce “asset” – let’s call it like this for convenience – exchanged between the participants.

We try to answer the two questions using arguments of computer science and Austrian economic theory.

Let’s start with the second question.

Is it possible to have different cryptocurrencies in a free market?

According to the Austrian economic model, in a healthy market, individuals should be able to trade with each other using whatever currency they want, as long as a consensus between peers is achieved: you cannot force me to use gold if I accept only copper (don’t ask me because I chose this example!).
So, can multiple currencies exist? Sure!
Can there be multiple cryptocurrencies? Theoretically yes.
Are they useful?
It would be ridiculous to generalize and give a negative answer to such a question, although many among those who profess themselves “maximalist” would say so.

The term “Bitcoin maximalist” was born as a mockery from supporters of alternative cryptocurrencies against those who until then were simply called bitcoiners.

Vitalik Buterin, creator of Ethereum, in his article called “On Bitcoin Maximalism, and Currency and Platform Network Effects” – I suggest reading it because it is very interesting – began by describing Bitcoin maximalism as: “the idea that an environment of multiple competing cryptocurrencies is undesirable, that is wrong to launch “yet another coin”, and that it is both righteous and inevitable that the Bitcoin currency comes to take a monopoly position in the cryptocurrency scene”.

As I said, the article is very interesting but Vitalik, a genious without any doubt, insists on this overlap between the bitcoin currency and the protocol, generating confusion, it is not known whether deliberately or unconsciously. He even describes the maximalist bitcoiner as a person who sees positively the monopoly of an asset.

Well, from that article on, many bitcoiners started playing and defining themselves as maximalists, not because they found themselves in the description provided by Vitalik, but because they basically didn’t recognize the need for different infrastructures, above all Ethereum, on which to build their libertarian dream.

But you know, the joke’s gone far enough!

Here new maximalists arrived, perhaps having become such after having suffered setbacks from the crypto world or having been the victim of a scam (who has not been raising his hand, I hold them low), who have however committed the error of accepting the definition given by Buterin without studying the reasons that push a user to recognize the practicality of a single secure protocol for the exchange of value between peers and without reliable third parties.

The maximalist that is not such, or “yes bitcoin, because it is rare, but it is not necessary to be libertarian”

The one who professes himself a libertarian is inclined to oppose to the -isms, because these more often involve prevarication, limitation of individual liberties and impositions in the monetary sphere.
So, in a free market, the libertarian will support Austrian economic theory and therefore contemplate the use of non-perishable goods of a different nature for the purchase of goods and/or services.
And yet, when faced with Bitcoin, the anarchist in him seems to proceed head-on and radicalize himself.
Apparently. This is the idea that a person tends to have about maximalists precisely because of this aura of intransigence developed around this phenomenon and because of non-libertarian “maximalists”.

Yes, the confusion is as great as the misunderstanding between supporters of different systems, and among the same Bitcoin supporters/users.

First of all I want to disprove the “maximalists” of the last hour: bitcoin is not rare.

We can define it as “scarce asset”, since a limit to its inflation has been established within the protocol, but it is certainly not uncommon.

The famous 21 million bitcoins, which are not 21 (to be exact will be 20999999.9769 in 2140), are just a useful convention to understand this limitation (the so called total supply). In fact, from my point of view, the units circulating on the Bitcoin network will be 20999999.9769 x 10 ^ 8. An apparently disproportionate quantity but undoubtedly more suited to a global monetary system, with> 7 billion potential users. So, pseudo maximalist, there are not 21 million digital gold nuggets, but around 21 million per 100 million units that you are probably wasting on onchain transactions for your daily trading.

Can there be different protocols for exchanging value without a reliable third party competing with each other?

Even to this question we could answer “YES” but there is a but.

If we analyze the history of the Internet, the only real term of comparison in the technological field, we see that actually several systems, each with its own rules, its protocols, competed with each other at the beginning. In this “cold war” between standards, who won according to you?

Not the permissioned and centralized corporate networks, but the open source and permissionless global network that we now know as the Internet.

But how did a system not imposed to prevail over systems that are perhaps more efficient because they are mainly managed by a single entity (whether it is a company or a consortium that does not matter)?

More than seeking the pure efficiency of the system, priority was given to the efficiency of communications and to what would become the purpose of the very existence of a global interconnection network: sharing.

Thus, on the one hand, there were intra-corporation networks, highly efficient, fast but closed, and on the other, slow research institutes’ networks, but in communication with each other because they were open, willing to come together to define common communication standards.

Thus the latter prevailed and the suite of Internet protocols that we still use today, called TCP/IP, was born, where IP indicates the Internet protocol as the base layer (just above the physical network infrastructure), and TCP the communication protocol, that is the set of rules that define how the data packages shared by the network nodes must be managed.

So we saw that the most open standard prevailed, which was not based on forced adoption but on shared intent.

Internet is just an example that shows how human beings tend to converge on well-defined standards; this convergence and sharing of intent is the basis of communication.

The same thing happens with the language: although there are multiple languages in the World, when we are dealing with a person who does not understand our mother tongue we tend to look for a new medium to be able to communicate, be it a lingua franca (typically a widely used language) or gestures.

And guess where we can see the same tendency to converge towards standards? Exactly, in trades.

Gold is the medium par excellence, universally recognized as a scarce fine commodity, but even when we are dealing with fiat coins the subject does not change.

Let’s take the Euro: many different countries, with different economic conditions, have decided to adhere to a single monetary standard in order to facilitate trade within the European Union. However, it is a pity that, although better than the previous models, this is not a good standard, precisely because it is imposed on the operators of the European economy, the single users, and not the result of a convergence of intents between individuals.

We continue the question “Can there be different protocols for the exchange of value without a reliable third party competing with each other?”because we can finally respond. Of course they can exist, but, most likely, only one will remain. 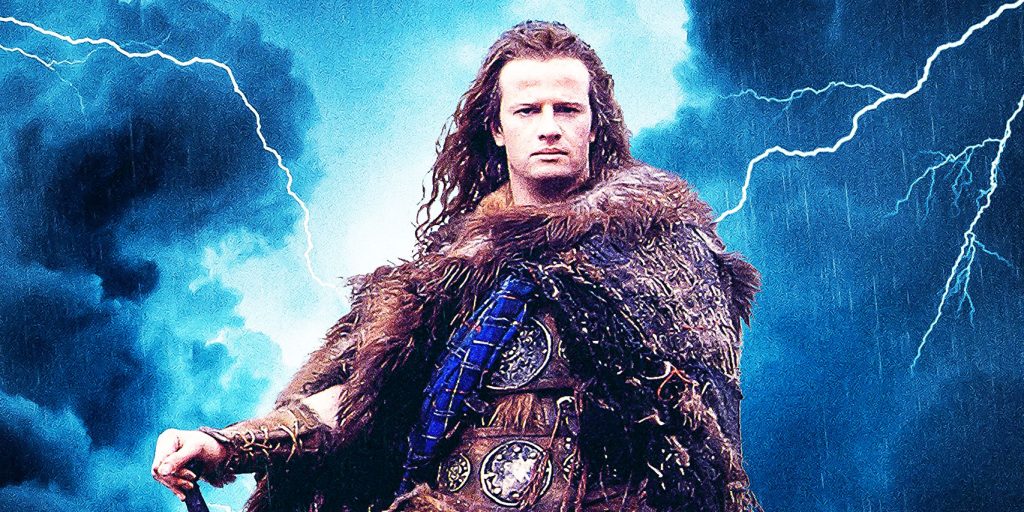 The fundamental characteristics of a basic trustless protocol

At this moment the only system able to satisfy these characteristics is Bitcoin. My dear Ethereum supporters, unfortunately yours is not a useful system to build on it just because it violates all the features listed above.

Ripple? It lacks decentralization and therefore immutability and security, not to mention consesus, but it is highly scalable. Can it be a good basic protocol for value exchange without a third party? No.

Monero and Litecoin? They are approaching, but the trade-offs are such that, if the networks saturate, there would be a lack of decentralization due to the size that their blockchains would acquire (for Litecoin due to the size of the blocks, for Monero due to the architecture of the code “onchain fungibility” oriented).

Recognized Bitcoin as the only interconnection protocol between users wishing to exchange scarce digital value without reliable third parties, it is now necessary to solve the semantic problem described at the beginning of this article.

How can we avoid the confusion created by the homonymy between the asset (bitcoin) and the system (Bitcoin)?

A first step could be to call bitcoin (asset) with its acronym (ticket) used in the market: BTC.

However, another element of confusion remains, always described above: “these BTCs are too few and too expensive!”
Furthermore, they are not at all suitable for micropayments, ie the vast majority of monetary transactions between individuals.
It is therefore necessary to have another unit of measure that fortunately already exists but that has earned its name only after the disappearance of the Bitcoin project creator: satoshi (sat or sats).

Let’s throw away all the various intermediate units, such as for example the bit (1 millionth of bitcoin, or 100 satoshi) and the mBTC (1 thousandth of bitcoin or 0.001 BTC) and use the basic units, which are understandable for the average user.

The second step could be to define the basic Bitcoin layer in analogy with the Internet base protocol: just as we have the IP (Internet Protocol), we can have the BP (Bitcoin Protocol).

As our data packets travel on second layers of the IP protocol, above all the TCP protocol (but let’s not forget UDP!), so we can use second layers for the “transport” of our value: LNP (Lightning Network Protocol) and similar.

And the federated networks that exist on the Internet? And the intranets?

Do you want your personal currency (aka cryptocurrency)? Here it is.

Once we understand the need for a network that meets the characteristics listed above, we can use it for the most disparate reasons, as long as its protocols are not redefined.

Here, then, is the possibility of realizing the Austrian libertarian dream: having “private” coins to be used in the free market, usable as cash, without a reliable third party. They are the so-called tokens, usable on top of the base layer, therefore not on blockchain, as instead happens for example with Ethereum.

Not only coins: we can have simple coupons (utility tokens) but also security (with automatic management of dividends) without touching the base layer, relying exclusively on federated networks (sidechain) or, even better, on private channels on a second layer.

Thanks Giacomo Zucco for defining what I had in my mind but I still couldn’t manage, ’cause I was thinking about the definition of BTC/LN (bitcoin through Lightning Network).

Did you like this article?
Send me some satoshi!

Don’t want to send me sats? Offer me a job! I am looking for an additional job, possibly in the crypto field, as a columnist or translator from English to Italian for apps or crypto oriented articles, to support my family. If you have something to offer, write to me at info@davidcoen.it. Thank you!